So yeh, in a current poll, (AFTER all his nutty statements about Mexicans etc), Trump has actually passed the GOP field and now has a lead in the polls.

So….he comes out and says the incredibly racist and fantastical things that he has, (so far, I’m sure there’s more in store), hasn’t filed his financials yet, (and please, wtf is up with the HAIR?!?!)…and his support rises up to, and then PASSES his fellow GOP presidential contenders?!?!?

All the while, he loses financial business dealings right and left, all the way from a coupla major tv shows to a relatively minor chef pulling out of a deal with one of his properties, all of which is likely causing him some financial pain.

Almost no one really thinks he fully intends to run, and even less likely he would win the nomination, and absolutely zero he would make the White House, yet his FANS are lining up behind him like sheep to the slaughter.

And THAT’S what I find interesting.
Who ARE these people anyway?

WE (reasonable/adult/thoughtful/humane people I mean) all know that he’s a complete clown, and he’s not going to succeed in doing much more than being a giant annoyance to the other alledgedly “serious” hopefuls, but there’s a whole GANG of hard core fans who seriously have found what he’s been saying to be EXACTLY what they’re looking to hear, and that’s really disturbing.

What this says about the base GOP voters that have swung to him in the face of his calling for big walls to stop Mexican “rapists, drug runners, and disease carriers” from crossing into our country is a little shocking, and kinda frightening.

As we learn more about what the NSA and it’s partners in private business and in the halls of Congress are doing to protect themselves and the #TyrantClass from the public (that’d be you and me for instance), as they shovel the public’s hard earned cash directly into the pockets of the very extremely rich; learning that there really IS a voter base out there that will fall lockstep behind someone with this kind of rhetoric is truly scary, because of the implications of this kind of thinking gaining traction in the larger GOP platform.

All I can say is thank goodness for Sanders doing the exact opposite to the Democratic side, cause this is a kind of crazy that ends up with some pretty dire consequences for our once free country, and could make a bad situation a whole lot worse in a very short time.

I had a long day, The Biscuit is asleep, and I’m sitting out here relaxing… Decided I’ll have a small whiskey and watch a bit of “Stupid Somethingorother” before I crash, and picked up this glass…which I had just used a bit ago to catch a spider in.

Then I was wondering if Spiders are nasty, like do they leave any kind of Blech on things with their creepy little legs, then I thought no, they’re not like cockroaches or so, and plus, the whiskey will kill anything anyway, right?

Yeh, fuck that, I washed the SHIT outta that glass.

You don’t hear many people talking about THIS in politics. 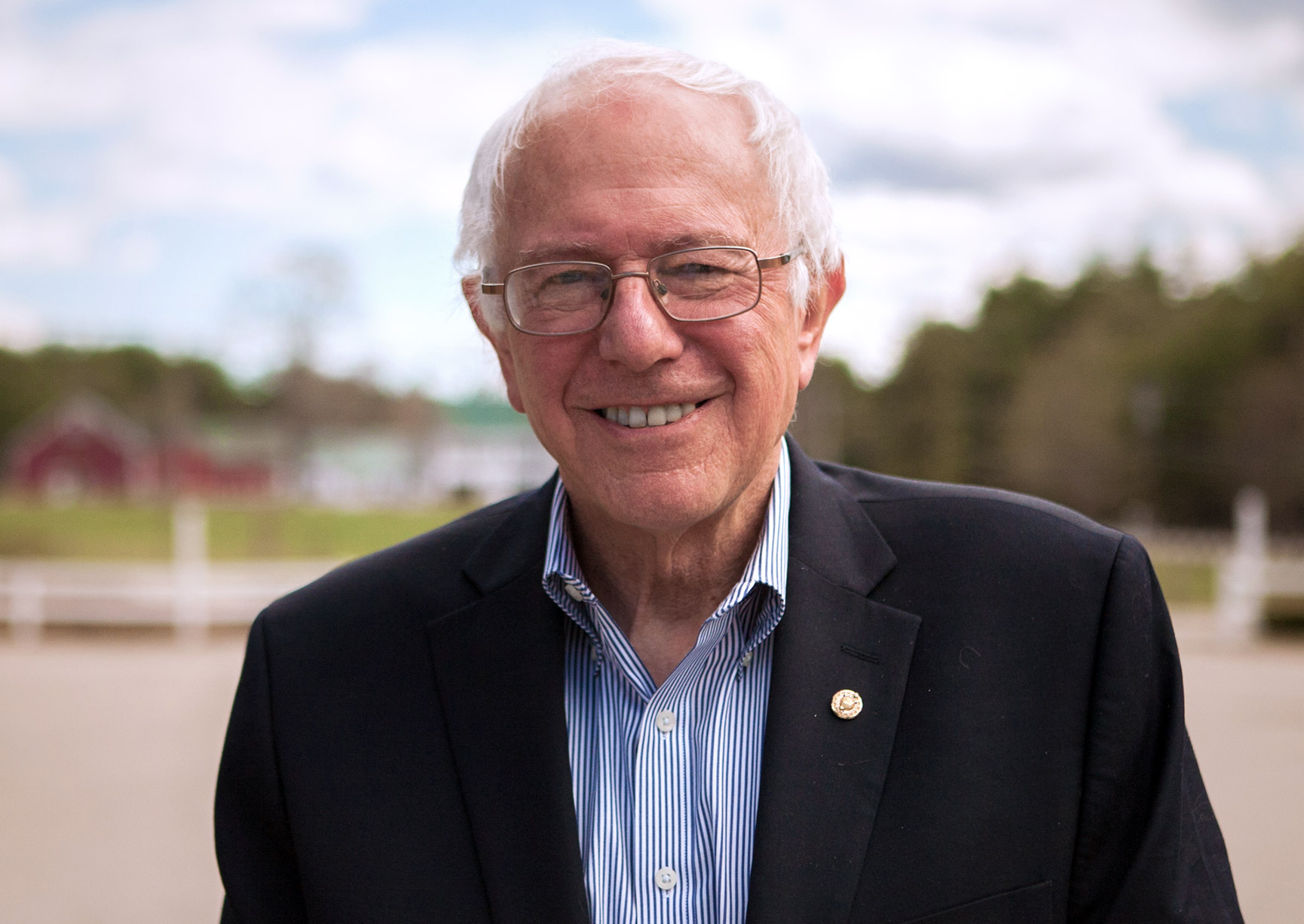 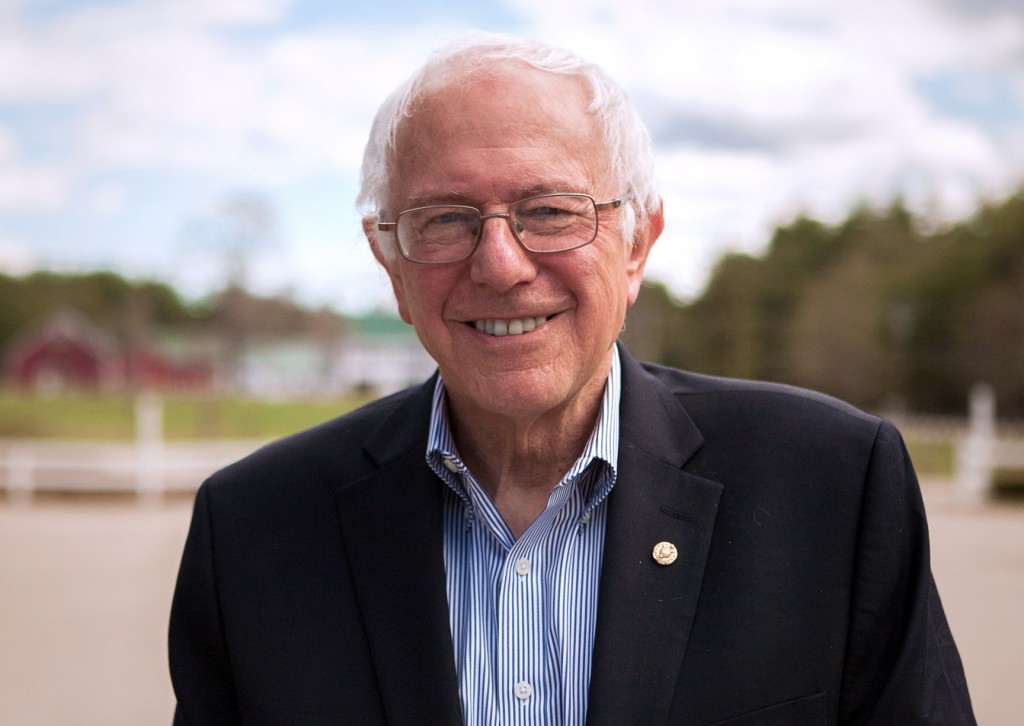 So we’re finally hearing a candidate talking about the clear and obvious truths that this country is suffering from, mainly having to do with the #TyrantClass’s takeover of the government, mostly through cop orate proxy.

The grotesque privatization of the school system by the tried and true method of identifying a lucrative potential market currently being serviced by the government, begin a campaign of decrying the fault’s of that system while simultaneously surreptitiously defunding and regulating the the service into insolvency and incapacity, then sell it off to corporate buyers who immediately begin to cut services even more in the name of profits, yet continue to charge larger and larger amounts of money, while providing less and less services.

Mix this with lobbying pressure for more input into the system in question, (the constant and aggressive lobbying by private prison corporations for more and more prison solutions to societal ills such as drug addiction and immigration), and you have a horrific situation where the corporations that stand to benefit from draconian and non-effective “solutions’, are the very people that are writing the laws and having “in-the-pocket” legislators passing them!

So now we have for the first time in a long time, a PRESIDENTIAL candidate who is willing to talk about these things openly, and starts from a place of accepting that these conditions in our society are a FACT.

That’s remarkable. And sadly so unusual…..

This doesn’t even MENTION the war industry’s weaseling our country into a state of perpetual war for something like that last 40 years at least.

Here he is talking about this very thing….

This guy deserves our attention, and in my opinion, our votes and support.

We as a people deserve this kind of truth from our leaders, tho if we DON’T VOTE for him, then maybe we don’t……

Tweet
POLITICS, Protect Yourself - posted on May 22, 2015 by Wade Biery

http://thehill.com/blogs/blog-briefing-room/242889-gop-blocks-warren-trade-bill-demanding-transparency
This should be and probably IS illegal.
The blatant lying and hiding from the truth, all the while playing some semantics-based word game that distorts the very meanings of the words being used to excuse the machinations is beyond disgusting (Hatch is absolutely grotesque in his abuse of common sense here), yet we have a media pushing this blather down the throats of the American public like squeegee-weilding cleaners pushing shit and swill out of a pigsty and into the apparent gutter of the overall American “Mind”.
Forcing something so overreaching and powerful down the throats of not only the American people, but essentially any and ALL people in the associated nations, if not the entire Western trade system, is an illegality on it’s face, and should not being tolerated by ANY public ANYWHERE.
The obvious implications of not allowing anyone to even SEE it, much less have a public debate on it, should have ALL peoples affected out in the streets calling for politician’s heads. Which is the reasonable response to such abuse of a country’s people for the self-gain of a very few.
The profound corruption of our leaders and our processes is obvious and predictable, our lack of caring and our acceptance of our own inevitable fate if this succeeds is NOT so understandable.

Where Do We Draw the Line? #wheredowedrawtheline #

From #myroom in #santabarbara #imdoingathing #shh

Look up #blackflag or #blackamericanflag to see wh

You’re being fucked over, deliberately.

I was writing #protestsongs 20 years ago, but no o